Around this time of year I get a lot of telephone calls about bumble bee nests – in bird boxes, under decking, under sheds, in the rockery, in the compost bin etc.  Most people are understandably worried when they discover they have a bumble bee nest, but please,

The nest you have just discovered has already been there for a number of weeks and will very soon die out. 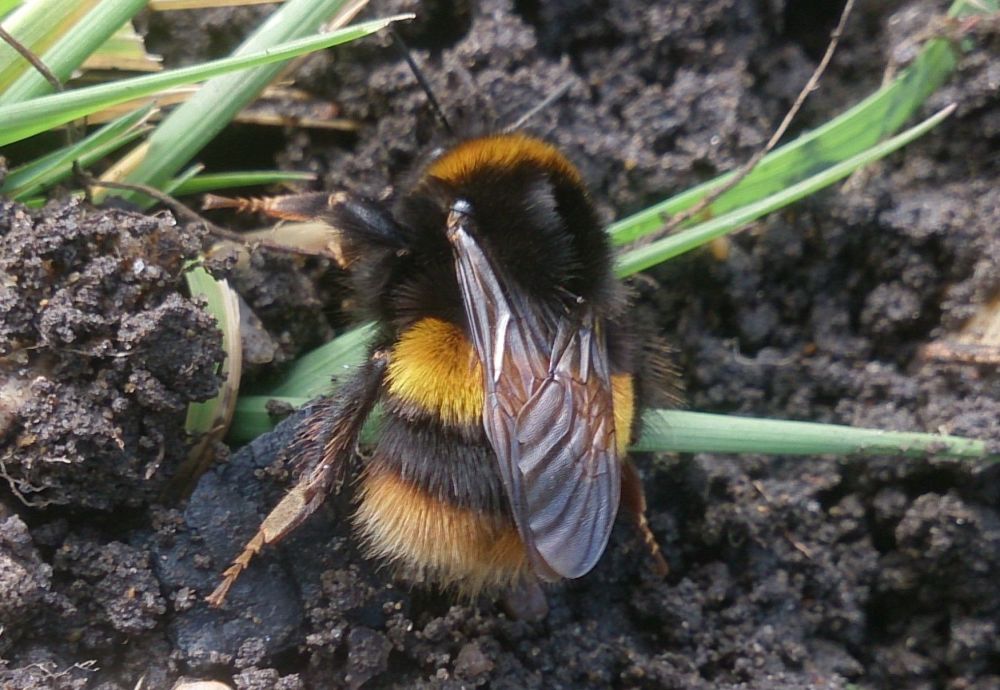 They emerge in the spring and need a carbohydrate boost immediately to give them the energy to fly.  They then need pollen to help inflate their ovaries.  In early spring you will sometimes find huge bumble bees on the ground unable to fly.  They have either got too cold to fly and need to warm up or they have run out of food.  If you can, please place the bee in the warm on a flower.  Or you could offer some sugar water on a spoon.  Usually the bee will recover and be able to fly off. 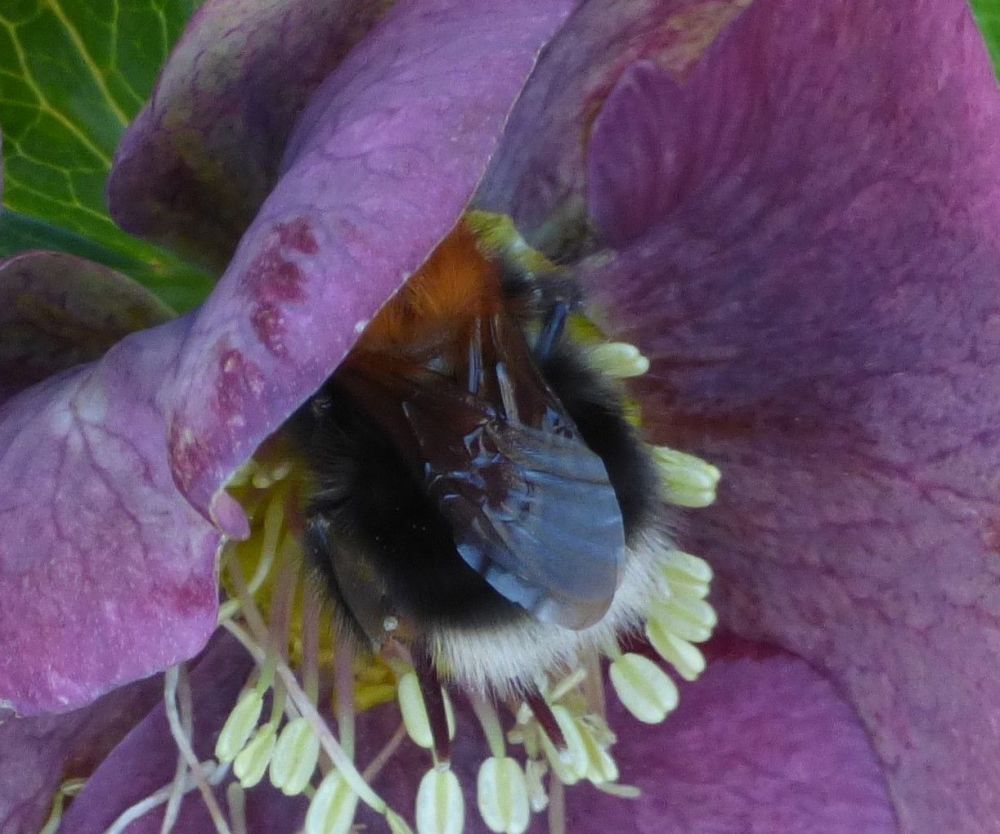 Once the queens have fed sufficiently they will look for a nesting site.  This is when you will see big, fat bees zig zagging low over the ground.  Many species of bumble bee nest in the ground or close to the ground.  Tree bumbles (as the name suggests) will nest in trees, and particularly favour blue tit nest boxes.

When a suitable nest site is found the queen bumble will build a little “honey pot” which she will fill with nectar.  Once she’s done this she collects pollen and lays a batch of eggs.  Just like bird eggs her eggs need to be kept warm and she incubates them in a similar way to a bird by sitting on her nest.  Instead of fluffing her feathers though she will shiver to maintain the temperature.  When her food stores run low, as she is alone, she will have to leave her eggs to collect more or risk running out of energy to rear her young. 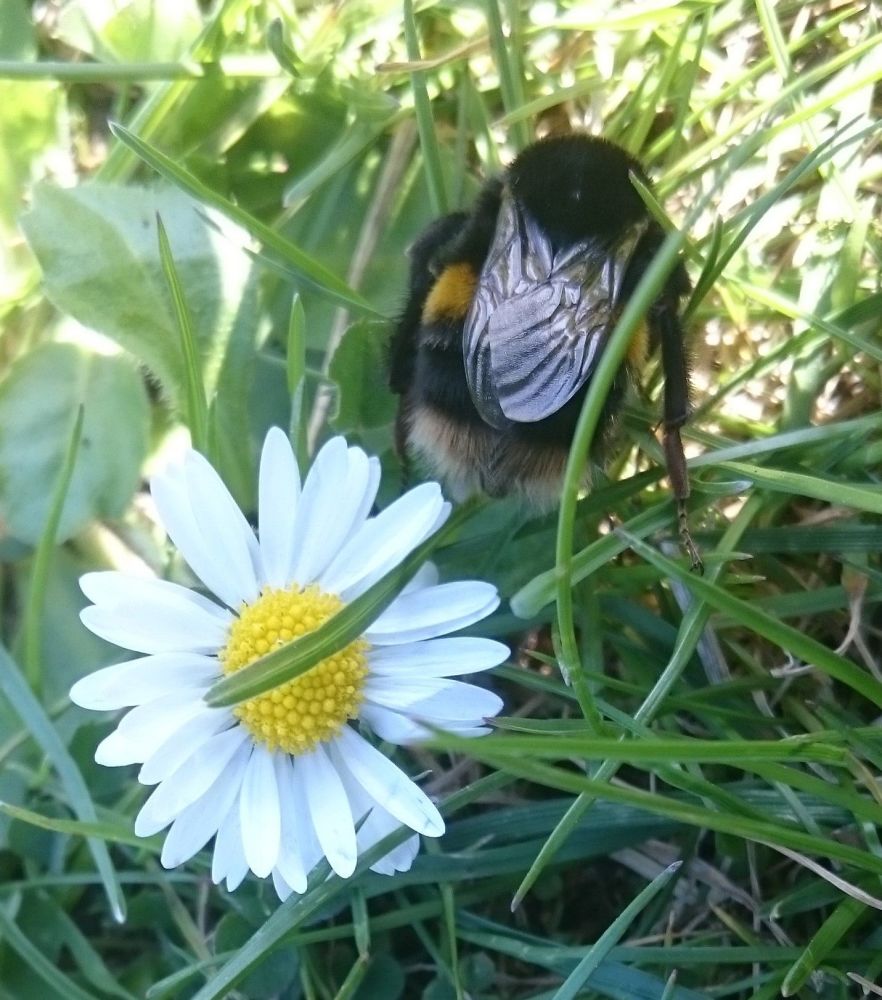 The first batch of bees raised are all female worker bees.  These first bees tend to be small as the only food available to them was that collected by the queen bee.  These worker bees will now take over the foraging duties, whilst the queen will stay in the nest rearing her young with their help.   As the nest grows so the bees tend to be larger as there are more foragers collecting food. 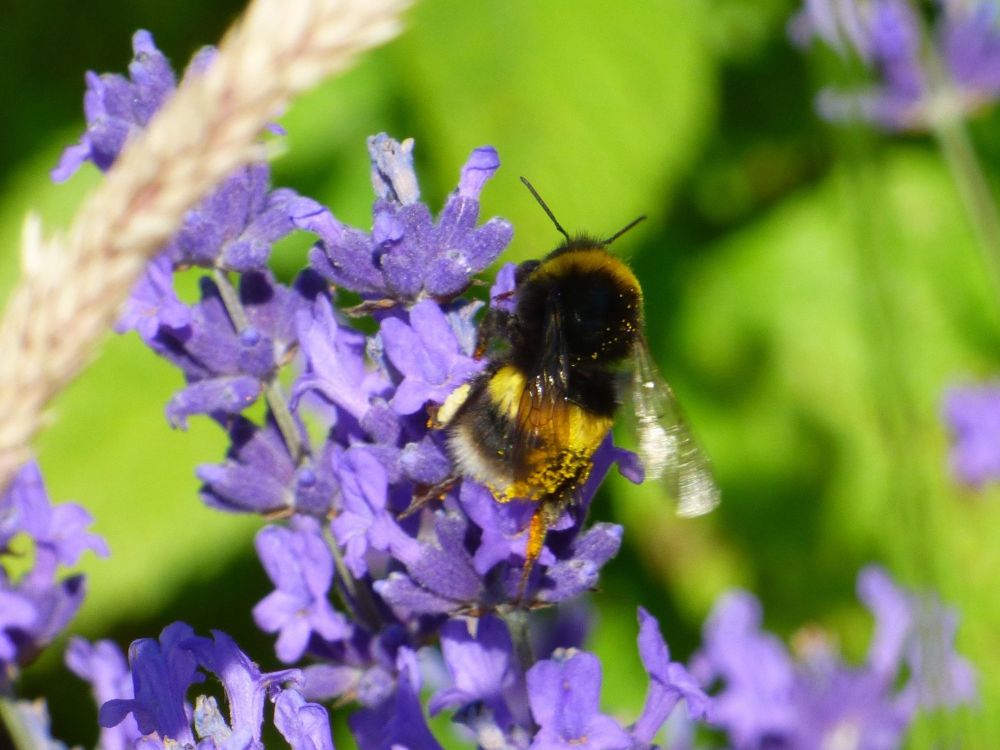 Depending on the species of bumble bee some of the nests may grow to 500 or so bees.  It is usually as the nest reaches it’s peak that the traffic to and fro is noticed.

Later in the summer the nest will switch to raising drones (male bees) and new queen bees.  Whilst many of the drones head off to the flowers to await the arrival of the new queens, tree bumbles tend to hang around the entrance of a nest (usually a blue tit box) waiting for the queens to emerge where they will rudely pounce on them.  To many people this can look like a swarm of bees.  The good news though is that drones don’t have stings and so there is no cause for alarm. 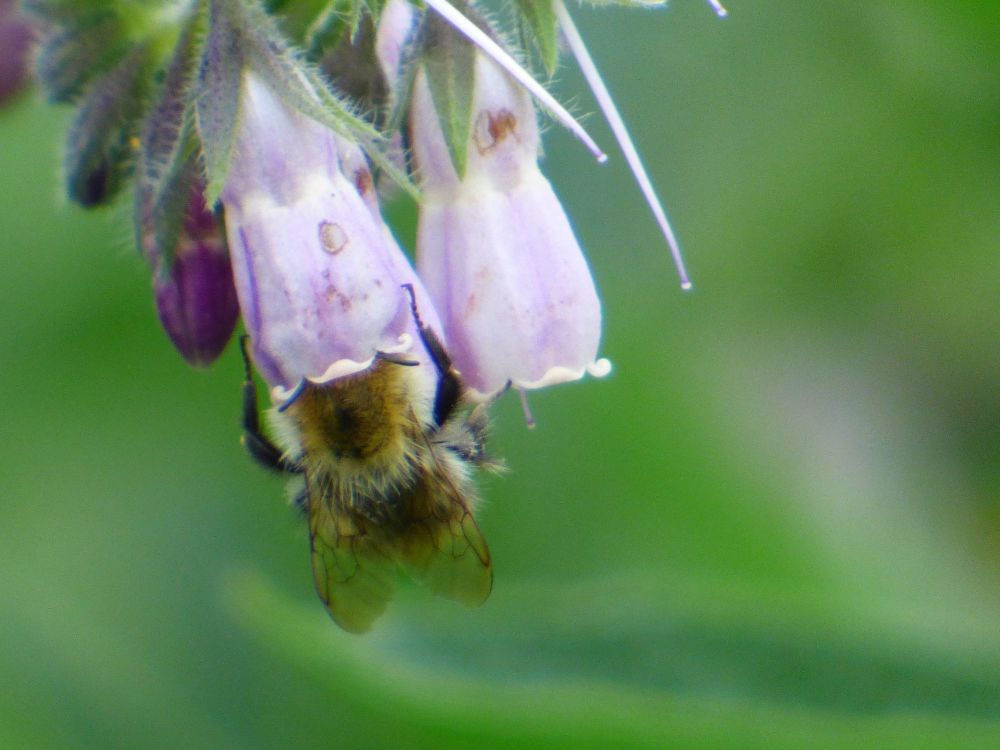 Once the new queens have mated they need to feed sufficiently to build up their fat bodies for the long hibernation ahead of them.  Queen bees of some species go into hibernation as early as July.

The old nest has now served its purpose and quickly falls into disorder.  It’s not long before the nest dies out completely.   Once the nest has died out you can safely block up the holes if you’d rather not have bees there again. 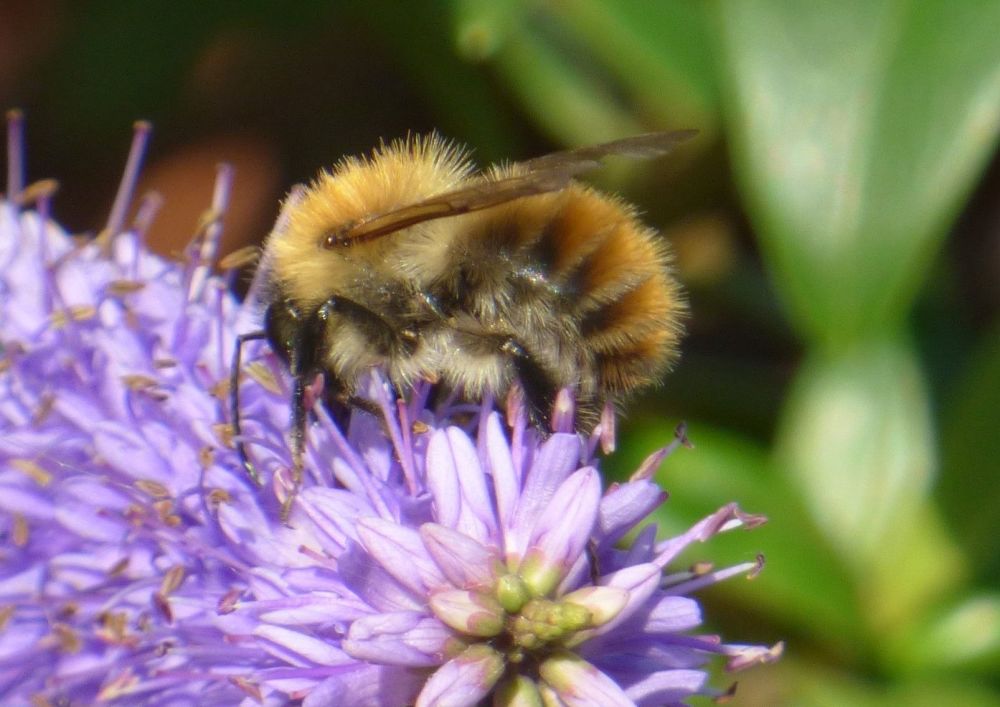 There are 26 species of bumble bee in the UK.  Some species emerge as early as February, whilst others emerge much later.  With the changing seasons some of the early emerging species will have two cycles during the summer months, and it has been known for queens of the buff tail bumble species to attempt to raise a nest during the winter months.

Whilst bumble bees can sting, they rarely do.  They are too busy getting on with the business of foraging and helping to look after the colony to be concerned with what we are doing.  I often find I am standing in a middle of my herb “garden” taking photos, with bumble bees (and others) all around me and I have yet to be bothered by them. 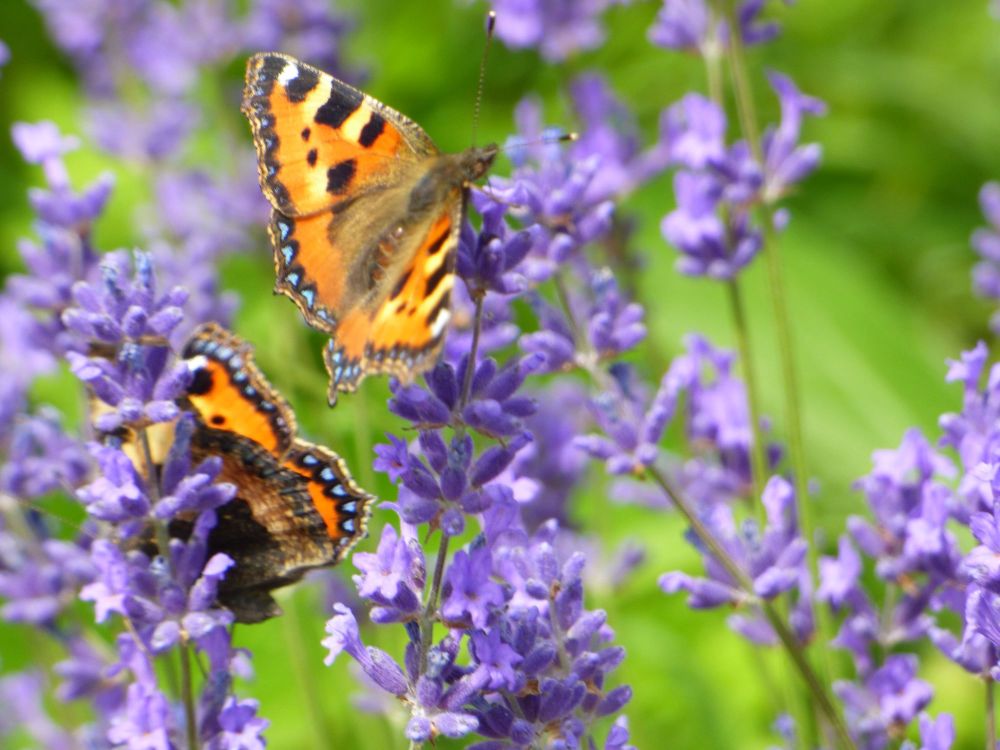 I hope that by finding out a little bit about bumblebees and their life cycle it will take away the worry and panic if you should find a nest.  Please do share this information with friends and family too. 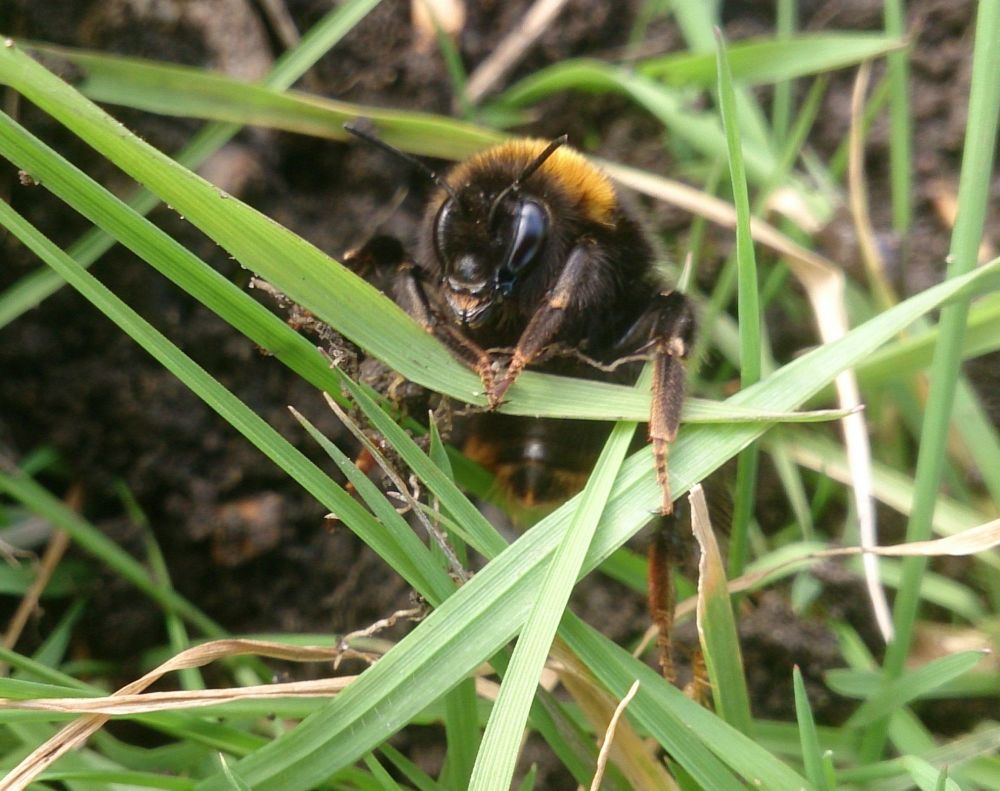